Diary of the World Record: Day64

Met local police chief today and was offered stay at police station in the town I wanted to go to as there are no hotels… Decided on a shorter day instead. 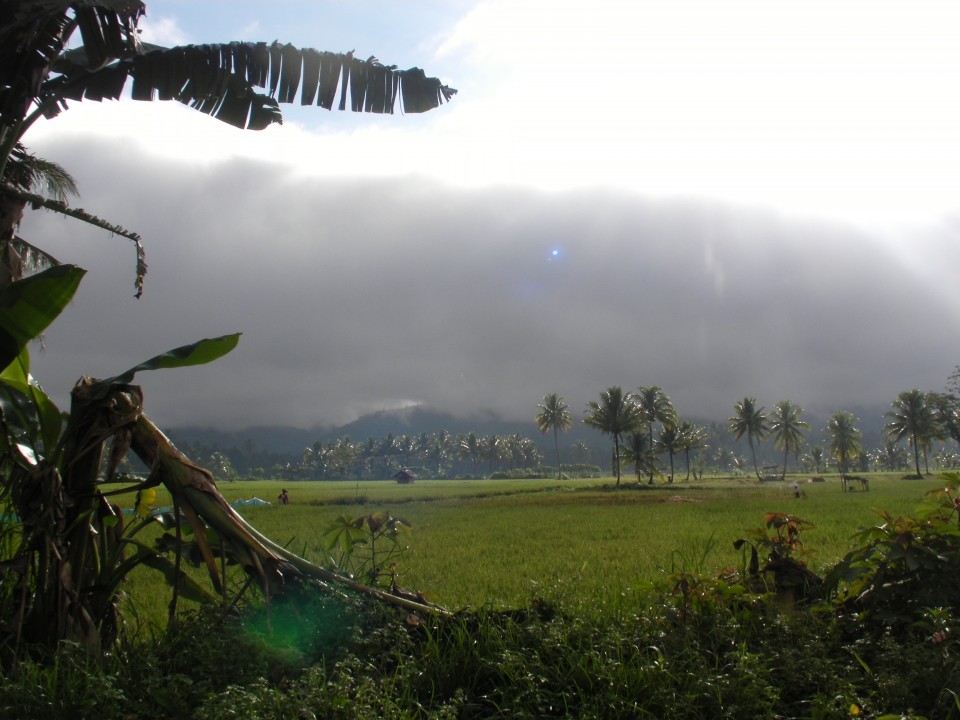 The lush tropical land was inspiring in Sumatra.

The police chief was summoned by a deputy who spotted me fixing a puncture, thinking the chief would want to check out the strange visitor.  He was very friendly, probably because he was campaigning for re-election to his office.  He used me to show how popular and cultured he was by having a photo taken and a quick interview.  The offer of shelter in the station’s cells was genuine and generous, but I worried that whatever the intentions, it would only take a change of staff and lack of communication for my shelter in the cells to be extended wrongly.

Everyone in Sumatra was friendly and interested in me. The adventure opportunities were endless – oh to have the ability to follow advice or take up offers of accommodation – who knows where it could lead. 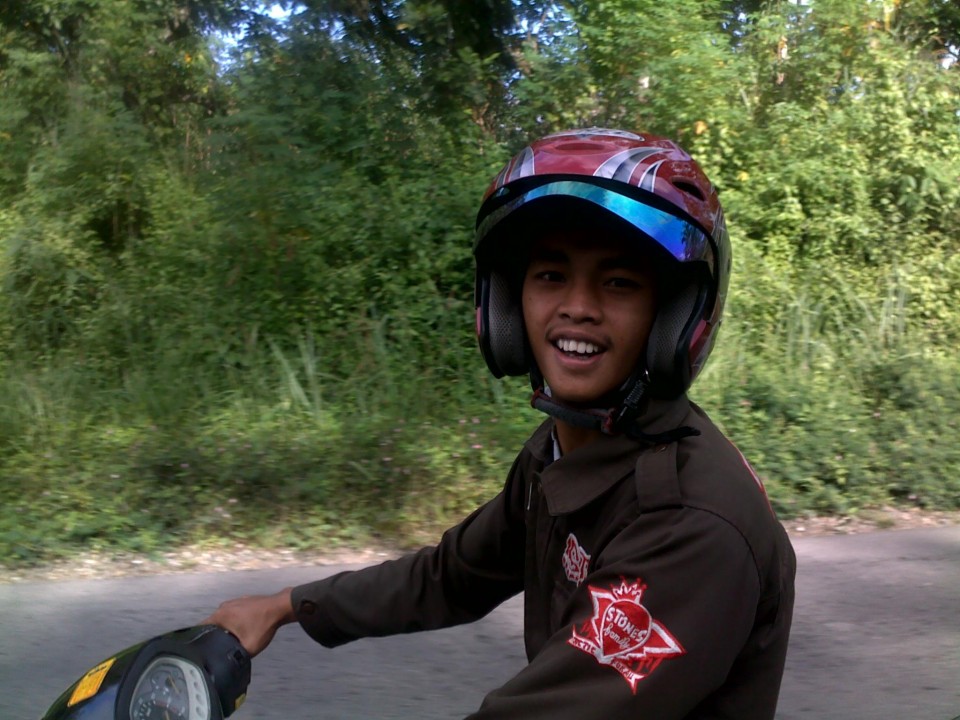 A typically friendly passing Sumatran motorcyclist slows down for a chat.

It wasn’t as tougher day as the previous few – they had worn me down despite the small distance travelled.  My bike and body were suffering, so a shorter day let me at least maintain the bike and rest my aching bits.  It also gave me time to eat as much as I needed to re-fuel a bit.  I crossed the road from the hotel and found a locals café where they served me a noodley broth with a strange purpley-brown boiled egg in.  Knowing that the food was simple, local, and natural is all I could hope for in rural Asia: Knowing what it actually consisted of was not an option.

Finally, I was told that the roads I’d just successfully but slowly navigated through the mountainous jungle were officially closed and impassable due to earthquake damage.  That made sense, and made me feel better about my slow progress.  Guinness World Records would have no way to take it into account though, and having double checked the rules I believed I was just stuck with this tough route for as long as it lasted…