Diary of the World Record: Day26

Headwind finish [into Port Said] and really shitty city made this tough. Hotel okay – one bed has dirty sheets, so I used the other.  Restaurant had good cheap food [goat lasagne] and was busy with locals.

Port Said is a duty free zone, that’s why the entrance was so strange and got me lost.

Port Said is now famous for a fatal football riot (79 fans killed on 1st Feb 2012).  So I’m glad I arrived there the day after my national side beat their national side at the game rather than on the day.  I can imagine that the border-controlled nature of the city as a duty free zone make an ideal environment for large scale riotous gang violence.

The wind was tough by the end of the day, but the early morning had been still and beautiful.  I’d finally got a decent early start from a camping night and was well along the road as the sun crested the horizon.  It wasn’t a tough day because Port Said was closer than I had feared and it was the only place to stay. 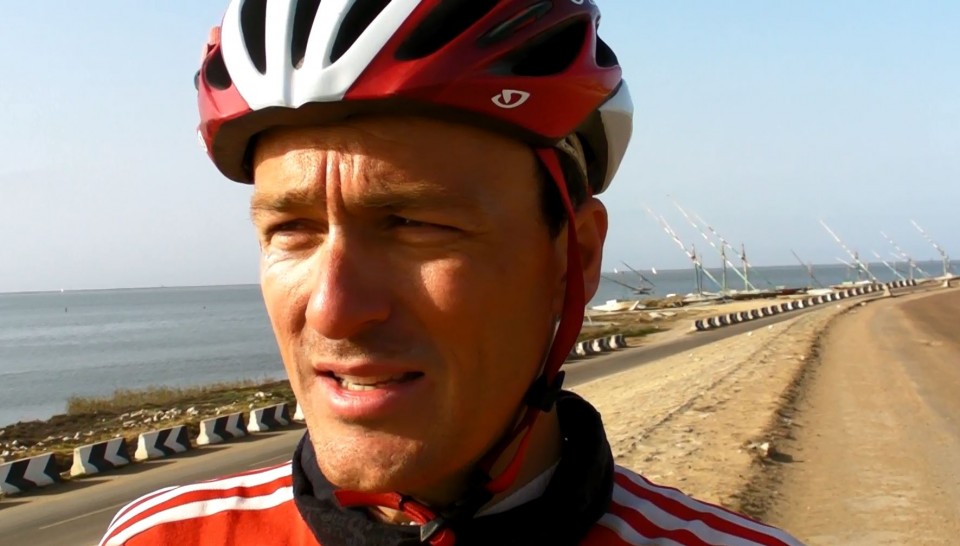 I filled the day with observation of my surroundings, which were full of farm and wild life, and also changed radically as the miles went by.  I saw fish farms with what I guessed they’d regard as a serious pest problem of herons and kingfishers.  Then small fields with noisy antique irrigation systems keeping cereal crops and rows of tall date palms lush – they must have had rodent pests because birds of prey hovered above on the hunt.  In a much larger field a man with a sickle was hard at work harvesting by hand while herons and crows picked the insects and amphibians revealed by the blade.  I overtook more donkey carts taking farm produce to market and waved hello to many agricultural labourers.

Just before entering Port Said, I had my last sight for this journey of the Mediterranean.  Tomorrow I would head south from the city and follow the Suez Canal.